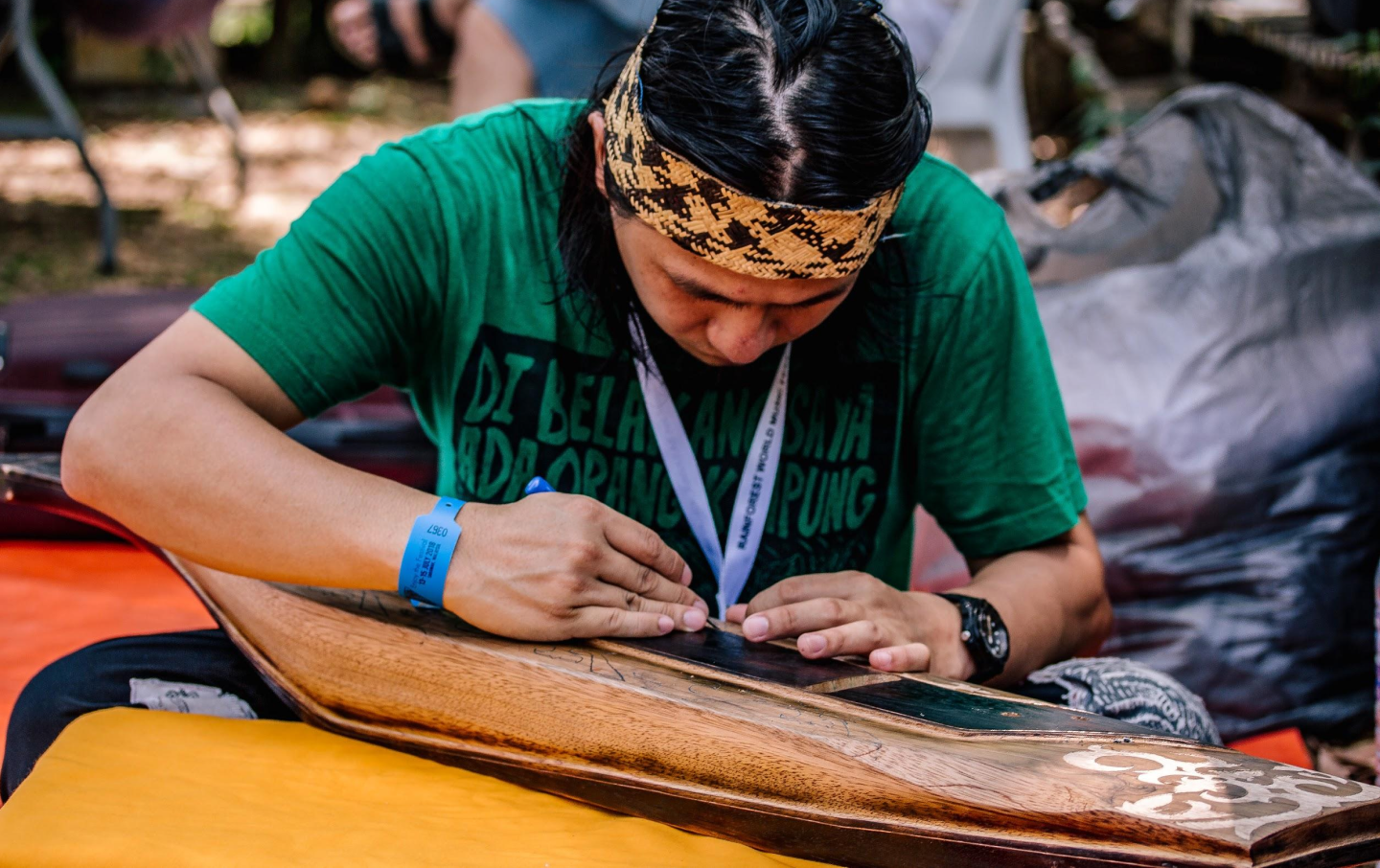 Try your hand at playing the boat lute of Borneo – the Sape – at the festival. Introductory lessons available.

Located in the state of Selangor, Kampung Chempaka is one of the last new villages set up in 1969 due to the major land acquisition for mining development. But after the mining activity had ended, most of the villagers remained and became permanent settlements until today. Kampung Chempaka or in Mandarin known as “Qian Bai Jia” (Thousand Houses) is tucked away in Petaling Jaya, the modern satellite city for Kuala Lumpur.

Despite the surrounding areas having received rapid modernization, over the years Kampung Chempaka have maintained its traditional way of living and preserved its historical significance. However, with the increasing number of young residents moving out, leaving an ageing population behind, Kampung Chempaka is facing gradual encroachment from the neighboring industrial area.

Led by a team of artists, architects and activists, Lostgens’ initiated the Kampung Chempaka Community Art Project in effort to restore the village lifestyle, preserve the traditional culture and revitalize the community through art strategies.

Hulu Langat bears a history of 120 years old, it is a community started from tin mining. The local residents were made up of Malays, Chinese and the natives

With all the innate potentials to become the next destination for eco-tourism, the “Look Port Weld” Kuala Sepetang Art Carnival was a timely festival to mobilize the local community, to raise the awareness of protecting ecological and cultural heritage and to activate the younger generation in cultivating deeper understanding towards their hometown.

Try your hand at playing the boat lute of Borneo – the Sape – at the festival. Introductory lessons available.

A Gathering to celebrate Borneo’s unique ethnomusic heritage, unite makers and players of these endangered instruments and present, perform and share our knowledge with a contemporary audience.

All information on the Borneo Boat Lute Revival website are based on research findings from the team and all contributors, and is subject to changes and updates at any time.